Washington, DC – On Saturday, Senator Marco Rubio became the first declared Presidential candidate to sign the Family Business Coalition’s Death Tax Repeal Pledge. The Death Tax Repeal pledge states simply: “I Hereby Pledge to Support Repeal of the Federal Estate Tax.” The pledge is a commitment to the American people that full elimination of the death tax will be a top policy priority for the incoming administration in 2016.

Senator Rubio first signed the pledge before his election to the Senate in 2010.

“The death tax is morally wrong and devastates family-owned farms and businesses across the country. I am proud to be the first presidential candidate to sign the Family Business Coalition’s Death Tax Repeal Pledge and will keep fighting until this punitive tax is repealed in full.”

In April, the Death Tax Repeal Act became the first death tax repeal bill to pass the House of Representatives in over ten years. The Death Tax Repeal Act, HR 2429, authored by Reps. Kevin Brady (R-TX) and Sanford Bishop’s (D-GA) passed the House with a bipartisan majority and is currently awaiting consideration in the United States Senate. In a statement of administration policy, President Obama threatened to veto the legislation.

“Senator Marco Rubio is a champion for easing the tax burden on family businesses and eliminating the economically destructive death tax” said Palmer Schoening, Chairman of the Family Business Coalition. “Senator Rubio has taken an important step in showing his support for repeal and this election season we will encourage other candidates to follow his lead. With the support of over 80 diverse organizations and advocacy groups, the Family Business Coalition hopes to keep full repeal of the death tax as a top-tier election issue and achieve permanent elimination of the death tax under the next President.” 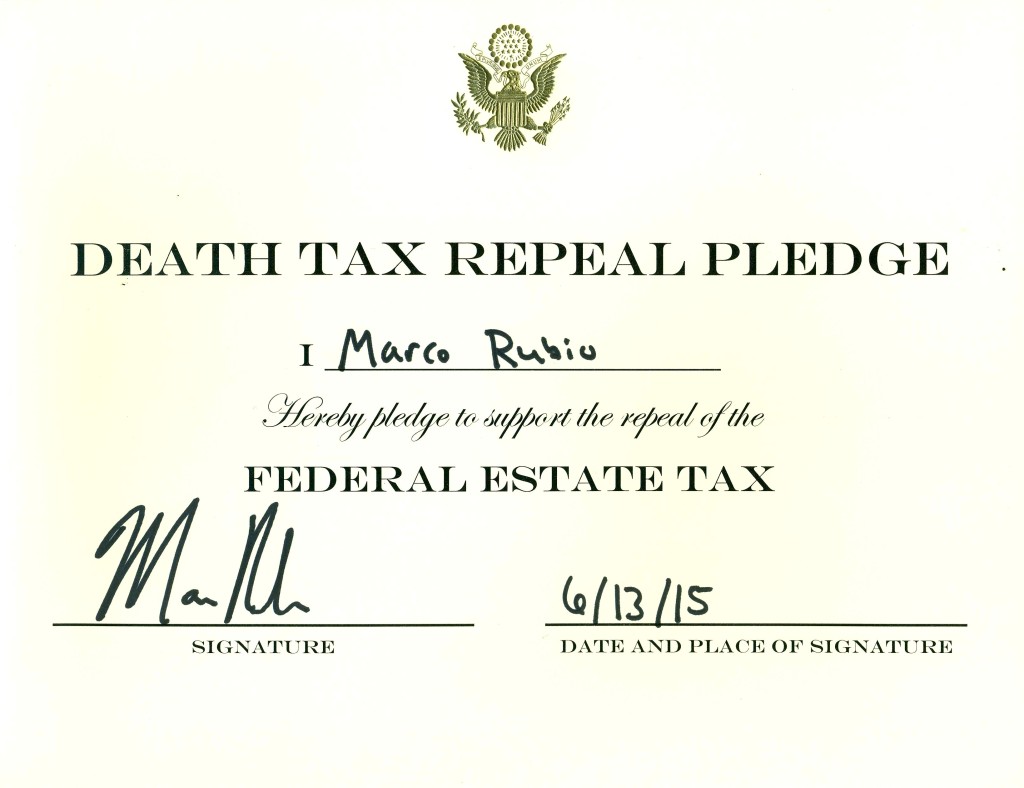